What makes us tick: Love Island

To say that some of us have been obsessed with Love Island 2017 would be somewhat of an understatement. It has completely overtaken the office conversation, taking lunchtime in the kitchen this past seven weeks to excruciating levels for those not watching the show.

However, if 75 per cent of the office are unified in a solitary television programme, then it must have something special underlying it. So we asked some of Eulogy’s Love Island fans to tell us what it is that has kept them hooked on the summer’s biggest love-up.

“It’s all about the people, you grow to love the ones you first thought were arrogant morons and start forming feelings and opinions of their lives, as if they were your friends. You find yourself in a weird concoction of living vicariously through them but also loving it when they get rejected or have to turn on each other. Or if it comes to light in the challenges that some people have been badmouthing others behind their backs, which is inevitably going to happen in such close quarters.

There’s also something so good about them not having access to the outside world, so they can’t play up to the audience’s reaction; they are just themselves and it’s nice to see every aspect of someone’s personality, as it’s not often you get to see that day to day. Plus, it’s quite fun just watching the whole courting process

But mainly it’s just all about the drama isn’t it. Who doesn’t love a bit of drama!”

“Thanks to its not-so-subtle sex scenes and outrageous challenges, Love Island makes for truly shocking viewing; a throwback to the addictive reality TV shows of yesteryear, before formats like Big Brother and Pop Idol became tired and repetitive.

And it’s that shock factor so many viewers crave; the moments that have them shouting ‘OH MY GOD DID YOU SEE LOVE ISLAND LAST NIGHT?!’ to their colleagues the next morning.

But perhaps most powerful is the notion that love may yet conquer all. Despite temptation and arguments threatening to tear couples apart throughout, the men and women who made the final last night at least appeared to genuinely care about each other.

At a time when robots and artificial intelligence threaten to overthrow society as we know it (and possibly enslave us all in an endless reality TV show of our own), and with war and terrorism raging across the planet, love – that rawest, most human emotion – has had millions of people glued to their screens for seven long weeks.”

“There are a million reasons Love Island has been so popular, but I’m going to narrow it down to a couple of things.

Firstly, it is incredibly entertaining. There have been some super one-liners from the programme’s narrator (think Come Dine with Me), which have made me HOWL at the TV, as well as from the contestants, who have basically created their own language. ‘Dick sand’ for example, is when you have so many suitors you get stuck, because you’re confused. Like quick sand but with men. A ‘centipede’ is someone you don’t like.

Some have been poetic, even. Chris, looking for a way to describe other Islanders not understanding the ‘real him’ said, “I’m just one of those Easter eggs that’s been fridged for too many days and you won’t crack me”. Beautiful.

Secondly, its frequency helps. It’s on nightly, meaning there’s always something to talk about. The internet’s reaction to Love Island has also been fantastic, meaning that the fun can carry on all day.

This one has to be my favourite: 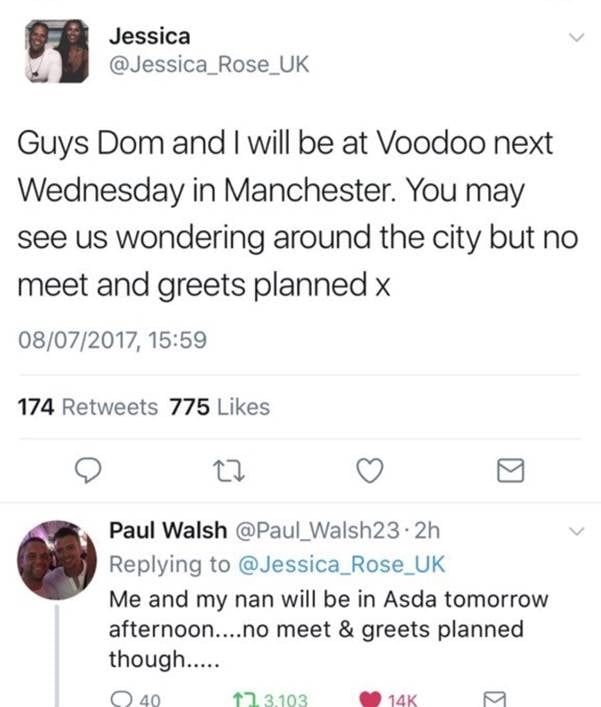 The show doesn’t take itself too seriously – it is junk TV, and it’s embraced that. As have I.

My top tip is to watch the News at Ten straight afterwards. Balanced viewing.”

“Love Island is the best thing for a summer of escapism. You can come home from work, chill on the sofa and totally absorb yourself in a world of trashy dates, ‘cracking on’ and mugging people off. When you first start watching, you find yourself rating and judging people but as time goes on, you feel like you know them and picture yourself being friends with them, while routing for them to fall in love.

It feel like there is so much negativity and sadness in the world at the moment, so a 60 minute trip to a villa in Mallorca each night watching people have fun, is a welcome break.”