Halloween is here. Bringing with it the end of October and the joys of Christmas ever closer. That means it’s time for my picks of this year’s best Halloween PR campaigns. It’s going to be a good week – whether you’re planning this weekend’s Halloween costume, or removing the batteries from your door bell. I’ve pulled together a few highlights of this year’s spooky experientials, gory campaigns and daring digitals. Enjoy.

What’s scarier than Halloween? Banner ads! With a millennial audience gripped by spending more and more time online, Svedka vodka set out to curse its users with geotargeted banner ads. It all starts with what seems like innocent seasonal cocktail recipes. Served to vodka devotes, the posts appear on pre-rolls and in social feeds. After viewing the clip, the “curse” begins, and video banner ads start following you around. To get rid of the curse users are encouraged to share the post which triggers the removal of the banners. 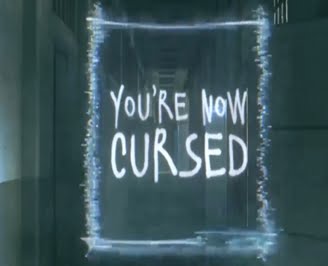 A Spookily good deal from Oxfam

Us Brits spend a whopping £310 Million on Halloween each year, most of which, goes to leading retailers who draw consumers in with Halloween products at seemingly reasonable prices. The second-hand charity store, Oxfam, has provided a way for consumers to shop for Halloween and tackle global poverty at the same time. Oxfam will return to Shoreditch’s famous Box park to offer preloved clothing and accessories, inspired by Victorian and Gothic styles.

When done right, stunt and experiential PR can prove an effective way to engage with consumers. For Kraken rum, this proved to be true as it launched a Halloween campaign across experiential, branding, trade activation, social and PR. Guests were treated to cocktails whilst watching horror movies at cinemas around Glasgow, Belfast, Leeds, Manchester and London. A team of makeup artist were on hand to transform thrill seekers into truly terrifying clowns, taking this immersive experience to the next level. and the campaign quickly became a must do event for the likes of Timeout. Rightly so, Kraken engaged with consumers early to ensure ample time for coverage opportunities amongst a sea of Halloween PR stunts. 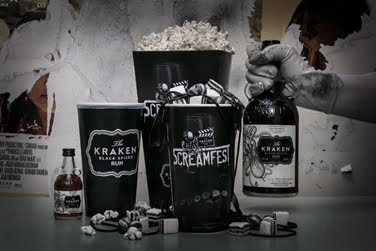 The Biggest-ever Halloween campaign for Fanta

Targeting the millennial market, Coca-Cola European Partners (CCEP) has launched its biggest-ever Halloween campaign for Fanta. Redesigning your packaging can be a daunting task for many brands, however Fanta exclusively redesigned their packaging and offered smaller 150ml can multipacks, alongside an on-pack codes to unlock special Halloween Snapchat filters.