The War on Waste: How Brands Can Learn from the Past

The War on Waste: How Brands Can Learn from the Past

History is a great teacher. Learning from past successes and failures is the key to safeguarding the future. As Winston Churchill stated, “the longer you can look back, the farther you can look forward”.

According to the UN, one-third of all food produced goes to waste. What can we learn from a time when valuing food in its scarcity was of the utmost importance?

During the Second World War, food supplies were under extreme pressure, strict food rationing was imposed, and avoiding waste was a national imperative. Societies all around the world, including in the UK, had to adapt and change behaviours to survive.

In August 1940 the Government passed legislation that made food waste an offence. Alongside legal statutes, the Ministry of Food introduced a series of posters, literature, and television and radio broadcasts to educate the public about making the most of their rations. The Ministry wanted to instil a better understanding of the value of food. As varied as they were, all these messages were designed to make sure people made the most of what they had.

Food is now cheaper, with no shortage in the amount and variety available to us. The unfortunate outcome of ubiquity is that we are detached from our food, and as a result we are inclined to waste more. Through communicating a variety of messages in a visual format, brands can change attitudes towards food and encourage audiences to regard and appreciate its importance.

Waste not, want not

One tactic to foster a different mindset was to create anxiety and shame about wastage. A poster published by Her Majesty’s Stationery Office indicated how ‘a clear plate means a clear conscience’. It was designed to incite guilt if you didn’t finish all your food, encouraging the public to cut waste and to stretch food supplies as far as possible. It’s an interesting approach, considering how modern brands tend to avoid tactics which add to growing anxiety in the consumer mindset. They instead offer positive messaging that can ease pressure and guilt. In fact, the notion of making sure you eat everything on your plate is no longer advised by experts. It is now recommended that you should control your portion sizes, so you don’t have to forcefully finish your meal. 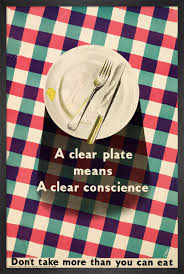 The Ministry of Food also featured cartoon character creations on posters and in songs, such as the popular Doctor Carrot and his companion, Potato Pete. They urged people to connect with and treasure their food. Character mascots in brand campaigns can be an effective way of connecting with an audience and communicating messages in an iconic, memorable way. Just think of classic examples such as the Churchill nodding dog, Colonel Sanders and the Duracell bunny.

The popular myth that carrots made you see in the dark was also created during the war. Its primary purpose was to cover up the development of a new radar system, which gave British pilots the edge over their German counterparts by effectively helping them see in the dark. The added benefit was a broader message which inflated the value of carrots and other fresh produce. 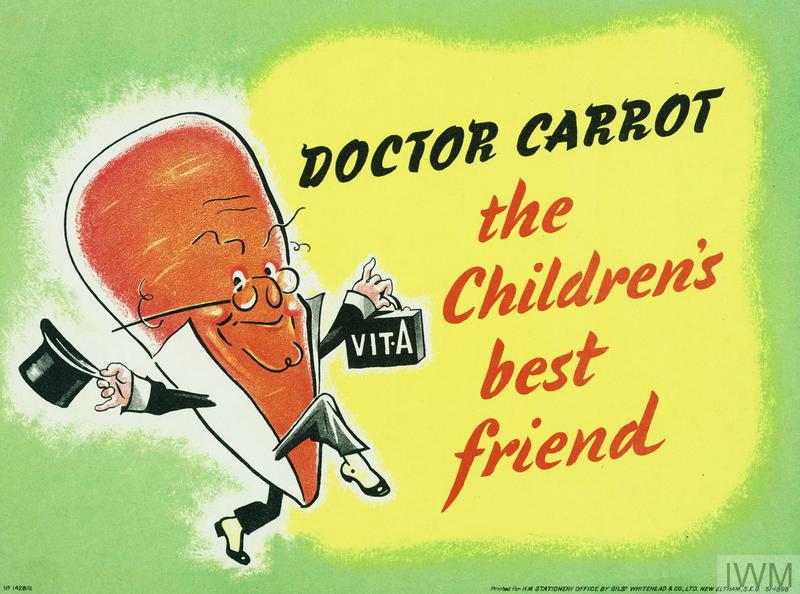 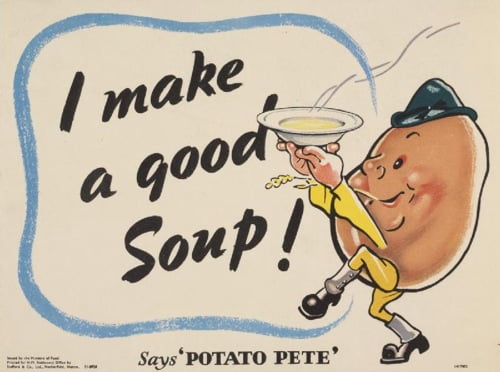 Another key message prevalent in wartime visual propaganda was the initiative to grow your own food to feed your family. Many campaigns appealed to households to keep an allotment and supply their own cookhouse. This approach did two things. First, it helped people supplement their rations and provided much needed nourishment. It also reinforced the value of food; by growing their own, households understood more about the time, effort and resources that went into food production. In turn, this would encourage them to value the resources that were available to them. 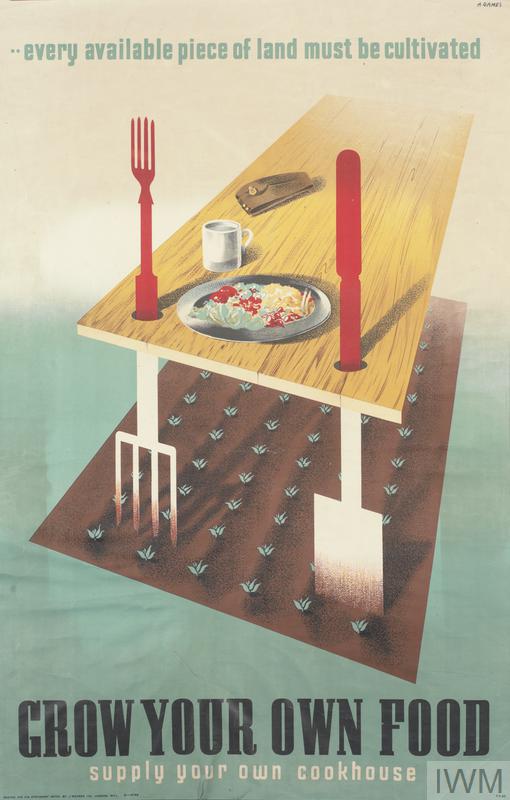 Other appeals to the public to grow their own food used messaging that reinforced the greater good. This activity would not only support their family, but the whole country. Memorable slogans such as ‘dig for victory’ became part of national life, and posters displayed captions imploring people to ‘help win the war on the kitchen front’. These phrases linking allotments and the kitchen to the wider war effort highlighted to the public – and particularly women, who had a limited role in the military aspects of the war – that they can lead Britain to victory from their own home. The results reflect this changing attitude—there were more than 1.4 million allotments in Britain by 1943. Appealing to the emotions and sentiment of the public on an issue it is passionate about can be a useful tool to achieve high resonance and engagement with brand messaging. 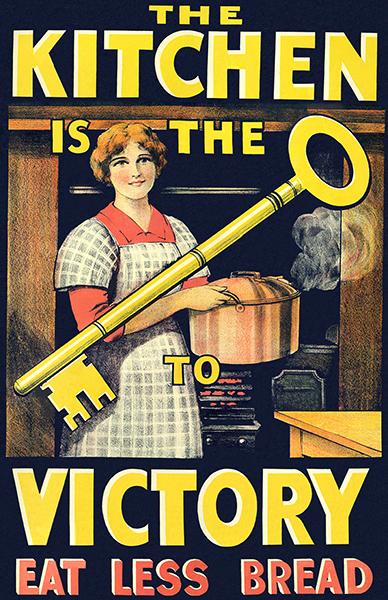 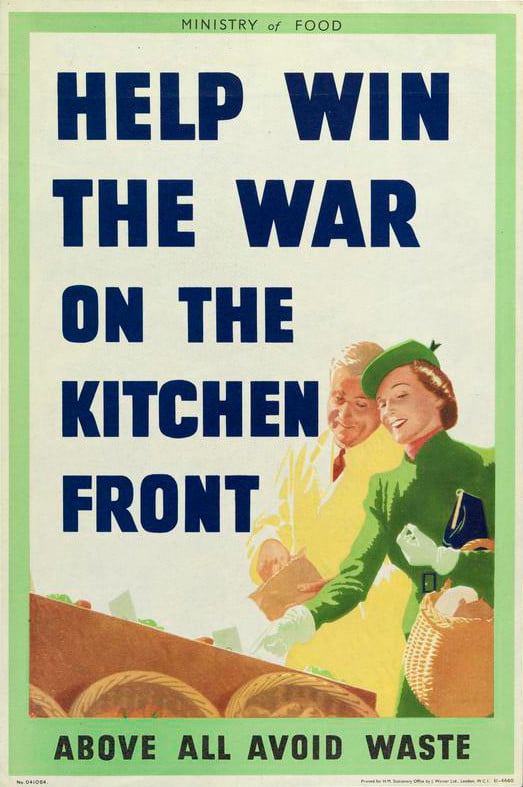 A wide range of behavioural change tactics and sheer volume of messaging meant visual propaganda dramatically changed behaviour and roused a ‘waste not, want not’ attitude in the public consciousness.

Just like during the war, inspiring behavioural change should be at the heart of any strategy aimed at consumer attitudes to food waste and sustainability. Brands need to provoke proactive action that may ultimately be key to our survival.