The Sahrawi refugee camps in the Algerian desert are home to more than 90,000 permanent refugees.

In a place where temperatures rise to above 50C in the summer (too hot to venture outside), traditional house-building materials are not equipped to deal with the brutal ecosystem of the Algerian hamada.

This is where Tateh Lehbib Breica comes in; a 27-year-old designer who has invented an intelligent way to tackle this life-threatening challenge. 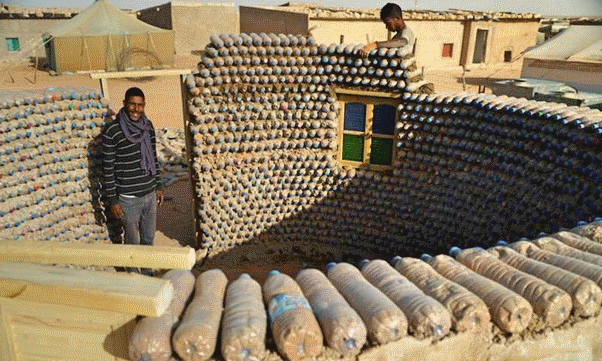 Breica is responsible for constructing circular houses from plastic bottles filled with sand, which serve as a new form of ‘brick’. The combination of plastic and sand act as a thermal insulator, ensuring inhabitants are protected from the extreme climate changes.

Born and raised in Awserd refugee camp, the engineer made his revolutionary discovery somewhat by accident. Intending to use the plastic bottles (which otherwise would have been wasted) as part of a roof garden to house growing plants, the containers proved ineffective and he had to think of another use for them. 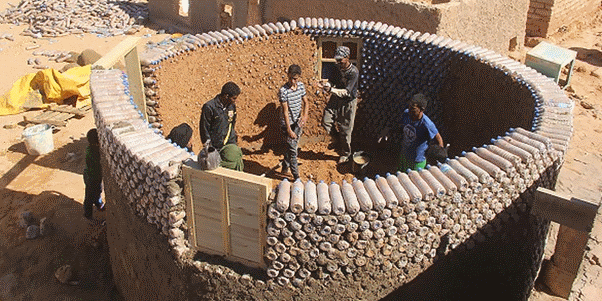 However, this is not the first project to use bottles to build homes. In 2014 Engineers Without Borders teamed up with eco-nonprofit Reuse Everything Institute to turn used drink bottles into housing material for poverty-stricken communities.

Breica’s design was put forward to the UNHCR’s Geneva HQ and has been selected as a pilot project; proving it’s both environmentally-friendly and low-cost. 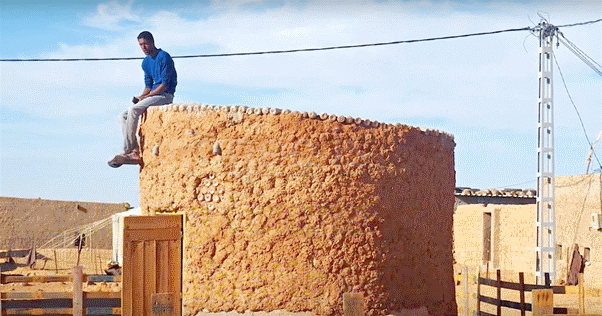 If the structures are a success and endure, these plastic bottle homes could be rolled out globally, making a marked difference to refugees across the world.