Making the Headlines – Traversing the Trough of Disillusionment

A furious psychological battle is raging between humans and technology. The problem is, we’re in love with the enemy.

On last month’s MIT Artificial Intelligence podcast, leading technology theorist Greg Brockman – co-founder and CTO of OpenAI – claimed that “trying to distinguish between human and robot is a losing battle”.

As the head of a research organisation developing AI systems that aim to benefit humanity, this statement is profound. And it’s an opinion symptomatic of the world we find ourselves in today.

Resistance to the rise of intelligent machines is beyond futile. As we become resigned to such existential facts, our unfettered wonder at technological advance is faltering and a feeling of suspicion and cynicism is gaining pace.

Consumers are challenging personal data usage, policy makers have called for more stringent regulation, and even the tech companies themselves are turning to the past to drive change.

For many tech firms, the ‘Peak of Inflated Expectations’ is far behind us—and the far more daunting ‘Trough of Disillusionment’ lies ahead.

Safeguarding the future reputation of the tech industry

While the investment keeps rolling in – London tech firms attracted £1.8bn in venture capital funding in 2018 – and lengthy (virtual) queues continue to form for the latest hot piece of tech, an unavoidable backlash and scepticism is rapidly building momentum.

We’ve all heard the dramatic scare stories of where humanity is heading. An Orwellian world in which AI decides whether we live or die and every conceivable data point relating to our existence is used to control us.

The future reputation of the technology industry teeters precariously on a cliff edge, and businesses need to adapt now before this dystopian narrative takes permanent hold.

But where are the brave tech warriors, prepared to stand up and answer the tough questions? Is the industry hamstrung by fear of missing out on the latest round of investment or the next haul of precious customer data?

Without an open, public dialogue everyone’s greatest fears will continue to gain traction and resistance and resentment will reign. In a climate where the world’s tech giants are being referred to as “digital gangsters”, the time for passive communication is over.

The conversation around technology’s once-rejoiced ‘disruption’ needs to be reframed. The industry desperately needs more positive stories, told in the context of how they support solutions to our ongoing global challenges.

The opportunities for the sector to shed itself of this souring reputation are abundant.

The UK government, for example, has established its long-term commitment to supporting technology—most recently reinforced by its pledge to increase R&D investment to 2.4 per cent of GDP by 2027, as part of its Industrial Strategy.

Such commitments represent a prime chance for tech firms to demonstrate their role as part of a positive future for the UK, delivering beneficial impacts such as shifting to cleaner energy, uniting communities and improving mobility. It’s time for the digital gangsters to hand in their weapons and reposition their thinking. 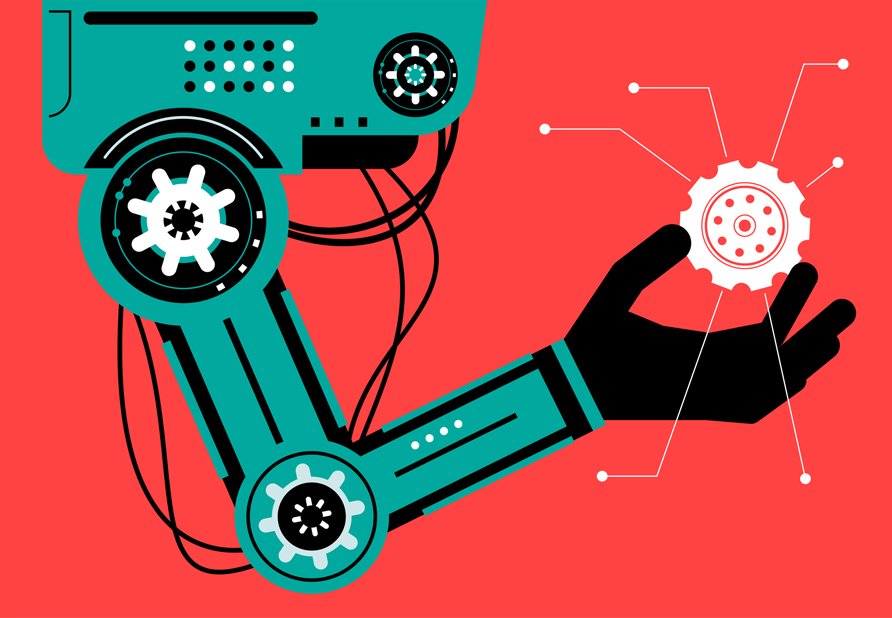 Avoiding the inevitable road to the Singularity

In a recent TED Talk, Zeynep Tufekci – an associate professor at the University of North Carolina – shared an anecdote that reflected the state of our current technological progress. Huge, life-changing advances at one end of the spectrum; significant ethical and humane challenges at the other.

Tufekci’s story referred to a computer scientist who was terrified by his own discovery, making him question the ethics of his work.

The scientist had invented an AI algorithm which, through analysing a person’s social media data, could predict the onset of symptoms of bipolar disorder before clinical signs appeared.

What scared him the most was that he couldn’t decipher how the algorithm he’d built had worked. He’d created an intelligent programme with a mind of its own, infinitely smarter than human cognition.

Such an algorithm could be hugely beneficial for healthcare practitioners. In the wrong hands, however, it could be deployed for all manner of unethical practices—manipulating vulnerable online consumers into unnecessary purchases, for example, fuelling addiction and debt.

Stories like these are quick to capture imaginations and play on inherent fears in our psyches. While concerns grow, the industry lacks authoritative, positive voices on the subject—the kind that might allay our worries or assure us our children won’t be exposed to such harmful online forces in the future.

Commentary around these challenging narratives, more often than not, is reactive. It’s vital we see more courage in the industry; proactive voices, brave enough to speak transparently and communicate in human terms.

Traversing the Trough of Disillusionment

The elation and celebration that once surrounded the industry has transitioned into a new age of caution, where the purpose of great technological advancements is being questioned and humanity needs to take centre stage.

Drawing on the philosophy of digital theorist Douglas Rushkoff – author of the recently published manifesto ‘Team Human’ – if technology companies want to traverse these challenging times, they need to engineer technology not to help the digital future, but the human one.

Sadly, the industry’s most prominent companies appear to be taking for granted the very thing that made them so great in the first place.

The 2019 Axios Harris Poll 100, which ranks the reputations of the most visible companies in the US, agrees. Due to ongoing privacy fears, the likes of Facebook, Google and Apple took major reputational hits in the past 12 months and dropped significantly down the rankings.

According to the data, 80 per cent of the 18,000 people interviewed said “social networks are creating an identity crisis in young adults”, while 67 per cent said “technology has a negative impact on social values”.

Companies that started out with such great intent have stumbled as their growth spiralled at an uncontrollable rate.

Putting people and purpose at the centre of the new narrative

As tech firms expand, getting the balance right between progress, humanity and purpose is no easy feat. But it can be done.

Ocado Technology is a brilliant example of a company at the very cutting edge of robotics and AI, fundamentally altering the grocery business model through its warehouse automation. However, its commitment to training future generations of skilled workers and the support it gives its local community has led to it becoming a highly respected, trusted and commercially successful organisation.

It works because its human-focused ambition is baked into its purpose.

Human appetite for innovation is voracious. It’s been embedded in our DNA since the beginning of time. Technology firms must be confident in celebrating and communicating their achievements and standing up for their beliefs. However, they cannot shy away from challenging questions about where such technology leaves humans, and what we stand for as a species.

The companies that prepare diligently and show true commitment to defending the next generation and our inherent values, are those that will ultimately stand the test of time and shape a prosperous future for the industry and beyond.

As we enter this new age of uncertainty, remaining true to a purpose – driven by human progress – is the only viable way forward. This must form the centre of communication to the outside world.

Stay tuned for our Making the Headlines podcast special during London Tech Week, where we’ll be discussing this issue in more detail with a panel of industry experts.

If you’d like to find out how we’re supporting technology businesses through these challenging times, please do get in touch: [email protected]